Jönköping County is a county or län in southern Sweden. It borders the counties of Halland, Västra Götaland, Östergötland, Kalmar and Kronoberg. The total county population was 356,291 inhabitants in September 2017. 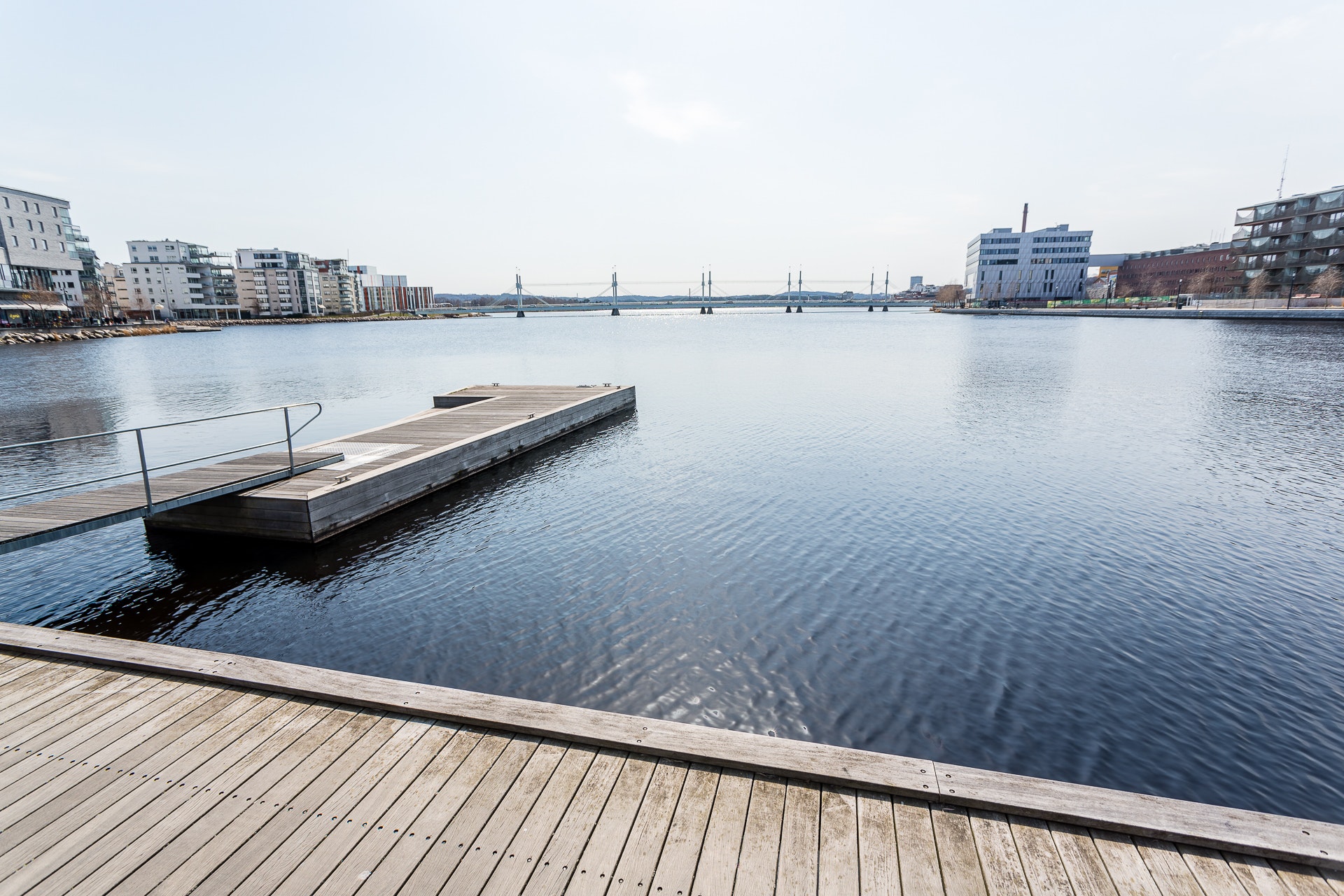 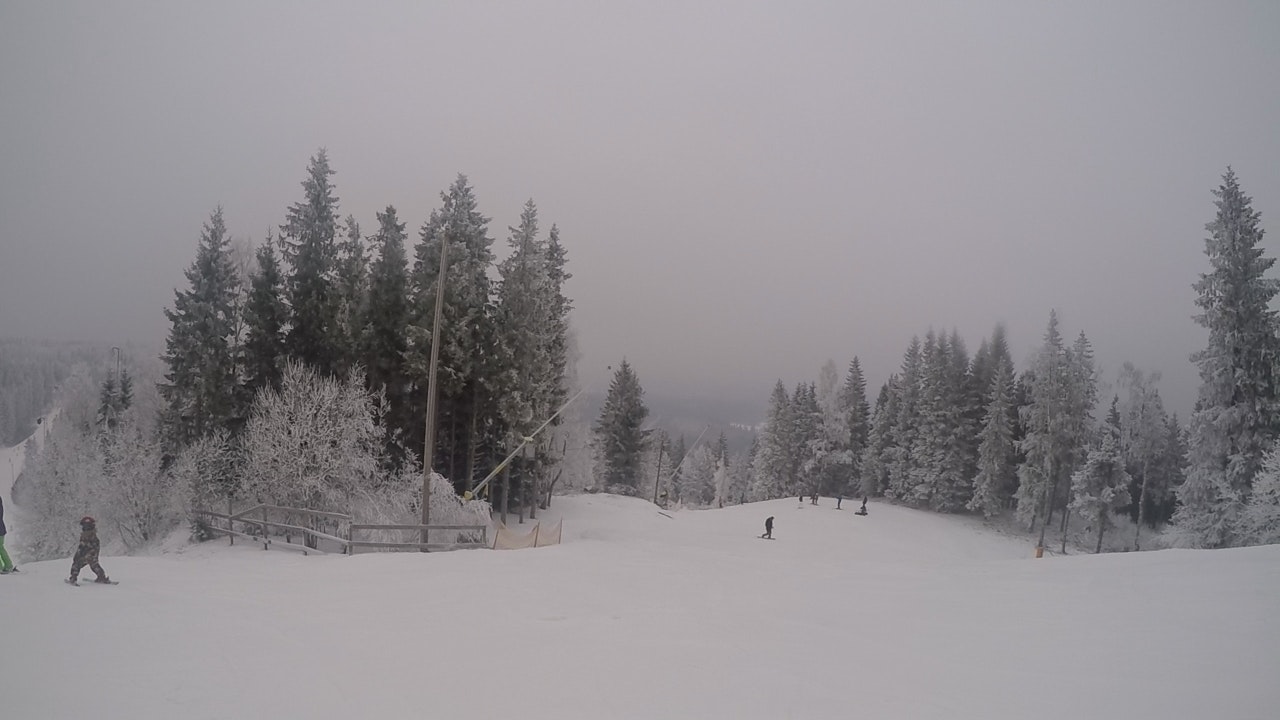 Sat on the southern tip of Vattern, Sweden's second-largest lake, the city of Jönköping has a population just shy of 100,000 people. The common suffix in Swedish towns of Köping means a trading centre, and Jön is from a nearby creek. For over a hundred years, Jönköping was known for its matchstick industry, producing the first safety matches as early as 1845, and the legacy lives on in its museum and craftwork area.

A large square often used as a market; it is on the east side of the city.

The huge warehouses of the Matchstick factory have been repurposed into shops and school buildings, as well as the main building housing the Museum.

A small church facing the larger and more impressive Sofiakyrkan.

Consecrated by Bishop Johan Andersson in 1888, it was built in the neo-gothic style, common for Swedish churches; it was heavily restored in the 1950s.

Making ambitious, though tenuous claims that the school dates back to 1283 and the Franciscan monks who "probably also founded" a school, the building in question dates back to 1912.

The old City Hall, or rather the fourth attempt at the Old City hall, the previous ones having burned down in 1691, 1716, 1785. Currently in use as a temporary exhibition space for the County Museum.

A large cobbled square, with lights around it and a large basin in the centre, the square is a meeting place for this part of the city.

The city courthouse is an impressive old building facing a bright yellow building.

Stretching out into the water, with a number of restaurants and bars along its length, the pier offers a good spot for some bird watching, or to just get some sun and some beers.

Closed for Corona, this is one of the worlds few Matchstick Museums, showcasing an important industry in the old factory building.

The castle dates from the 17th Century and partnered with Kalmar and Ålvsborg to protect the nation, although the site dates back to a Franciscan friary in 1283. Damaged in a fire in 1737, it was never rebuilt as its purpose had been served and sat deep inside Sweden rather than near the Danish border, it continued to dominate the Jönköping skyline until 1871 when it was demolished.

Little remains of the bastion, other than a walled garden that recreates some of the walls and a well preserved underground ruin from excavations in 2011 and 2014. Access is limited and through a door, though the windows allow a glimpse if the entrance is closed.

A fantastic museum with many exhibits. During my visit, a few were in the process of being changed, but you have the chance to view the work of local artist John Bauer and others work.

Upstairs there is a child-friendly exhibit showcasing Alfons Åberg and a fascinating exhibition called Kampen I Tiden, which gives information on thirty-seven people from Jönköping. There is no clear progression; each is unique and unrelated to those around it. But I learned of Vilhelm Ekstedt, Jönköpings first Transgender solder back in 1683, who lasted 11 years in the army and married his wife before being outed by his sister as having been AFAB. Modern artist MacTacky features as does Sophie Sager, the first women to win a rape case in Sweden. The corrupt judge who caused a scandal and led to the King's creation of Sweden's Supreme Court also gets called out, as do the founders of Dreamhack, a now global LAN party that started in a school Jönköping.

A large park, close to the edge of Vattern and the Hamnkanalen, is a nice spot of greenery in the city.

Great restaurant with an even better view over Munksjön; they serve daily specials and wood-fired pizza.

Isaberg mountain resort offers skiing and snowboarding in the winter and mountain sports in the summer. There is not much around it and getting there involves driving through a fair amount of forest, but it is a good location for a day downhill skiing within an hour and a half drive of Gothenburg. Unlike the nearer Ulricehamn, it can't be reached conveniently by public transport, but the slopes are better including one chair lift, a blessed relief from the T-Bars for any snowboarder in the party.